TangoVoice’s arguments in response to my comments on their post The Long Term Impact of the Coronavirus Pandemic on Tango are all easy to debunk and end up proving my point.

TV: “Seeing tango culture through the bifurcating lens of political ‘left’ versus ‘right’ is an oversimplification. There are multiple factors affecting the historical course of tango, and few of them can be simplified into binary variables. Whereas political beliefs may be correlated with some aspects of tango, these are more likely to be associated outcomes than causal influences.”

Your arguments are mostly if not all leftist talking points, so the dichotomy is correct.

Of course, no one would disagree that as people get older they become politically more conservative, eg., because they realise that there is no such thing as a free lunch, that they don’t like paying taxes, and also they might start having their children and start seeing the foolishness of youth. So I might agree with you that this would not matter if with age people become more conservative and there are still traditions being maintained.

But, if a young person, under the influence of “progressive” values (in schools and the media) gets whole body tatoos, smokes weed or worse, or gets a sex change, instead of getting married engages in homosexuality, etc. Well, traditionally people went to church when they were young, then rebelled, but then had something to go back to. What we have now is that people increasingly grow up with no religion at home, become indoctrinated in secular school into leftism, destroy their body with tatoos, drugs and poor lifestyle, get surgeries and engage in alternative relationships. Boys are discouraged from being masculine, and girls are discouraged from being feminine. They don’t learn the necessary things.

That’s very difficult to come back from. 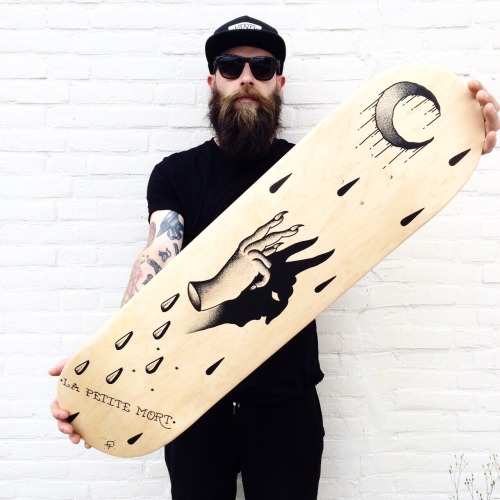 If these people then live in a bubble in which traditional relationships, dancing etc. is looked down upon, then they become like those 40 year old hipsters with whole body tatoos and a skateboard. They’re middle aged teenagers. This is what I see in these hipster milongas in BA. Their disdainful cynical hipster attitude is tattoed on their brain.

The other thing is, when I look at people like Bernie Sanders and Elizabeth Warren, these are old people who apparently believe in fairytales, like money grows on trees. It’s as if the Soviet Union never existed. I grew up under the Soviet system and still remember the empty supermarket shelves, the lines for food, and food rationing. So apparently old people do not necessarily grow wiser.

TV: “There is also some degree of discomfort with physical intimacy, possibly because sexual desire (or the ability to control it) is higher at younger ages.”

First, this is such a myth. I think that it is no easier for old people to dance closely than for young people. I remember as a teenager on a summer camp dancing those “slow dances” to 10CC “I’m not in love” with a girl. Yeah, it was intimate, but it did not eventuate in any sexual interaction. My central Eurpean culture is fairly conservative but it encourages social dancing. It is only in the contemporary highly sexualised “liberal” culture that everything is about sex (and in the end screws up sex).

Later, in my 20s I did Contact Improvisation, and everyone had to overcome personal discomfort but in the end it was totally non-sexual and I contacted with men and women. It’s always more “romantic” dancing with women, but it’s rarely sexual in the sense that it’s not particularly arousing.

On the other hand, I would say that older people who have not done any physical contact type dancing in their younger years have a harder time doing “close embrace” dancing.

Second, you can dance traditional tango with some separation between the dancers without doing all of the figures.

Third, I’m not against young dancers doing performance figures, only not at milongas, or at least not on a packed dancefloor. If the teaching is right then people know the difference. But “liberal” attitudes resist this sort of teaching, because it’s the constant mantra about “self-expression” and “personal preference”, and also the consumerism. People just don’t listen, and teachers just don’t teach the right attitudes.

TV: “There is no rationale other than prejudice for denying homosexual expression of intimacy at milongas. There is no reason to deny same or ‘reverse role’ (women leading, men following) partnerships of any kind, as long as the couples in these historically novel roles comply with milonga traditions of respect for the space of other couples on the dance floor and avoid exhibitionism.”

This has nothing to do with “traditional” tango and it just proves my point. The left is totalitarian and so we all have to endure transgenders and homosexuals everywhere whether we like it or not.

I grew up under the Soviet system so I do know what totalitarianism is. The US (or the leftist parts of it) is already North Korea and Soviet union: police state, lines for food, fear, propaganda. You’re the one who doesn’t know what you’re talking about and are spreading misinformation. When you’re forced to take your vaccine and carry a vaccination passport you will know exactly what Soviet Union was like. But it sounds like you might like it. Well I don’t and I think the left and the right are going to have to separate into different territories and that’s where it’s heading.